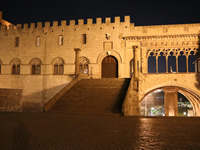 Palazzo dei Papi – at 14 km – is the most important historical monument of Viterbo. It was erected in its present form, extending the palace seat of the Bishop’s Curia of the city, when Pope Alexander IV, because of the hostility of the people and the roman bourgeoisie, led by Senator Brancaleone degli Andalò, moved the seat of the Pontifical Curia to Viterbo. 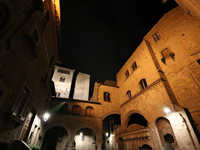 San Pellegrino – at 15 km – is the oldest district in Viterbo, located on the route of Via Francigena. The main axis consists of via San Pellegrino, which crosses the characteristic central square overlooking the Palazzo degli Alessandri (with its typical profferlo) and the church, precisely, of San Pellegrino. 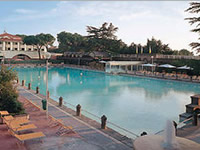 Terme di Viterbo – at 12 km – is a set of thermal springs, some of free access, others with paid services, scattered along the route of Via Francigena, near several archaeological finds of Roman times. 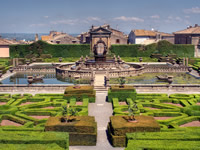 Villa Lante – at 6 km – is one of the most famous manicist surprise italian gardens of the 16th century. Located in Bagnaia (fraction of Viterbo), it is the property of the Italian State. Although lacking contemporary documentation, his design is attributed to Jacopo Barozzi da Vignola. 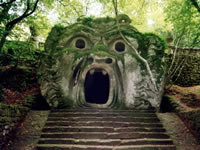 Parco dei Mostri – at 12 km – is an extraordinary monumental complex located in Bomarzo. Also known as Sacro Bosco or Villa delle Meraviglie, it is a natural park adorned with numerous basalt sculptures dating to the 16th century and portraying mythological animals, gods and monsters. 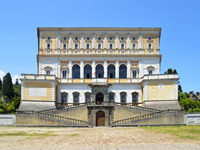 Palazzo Farnese – at 23 km – is one of the best examples of mansist era. It is located in Caprarola and was built for the Farnese family. It is surrounded by the suggestive Villa Farnese, a beautiful garden, among which vegetation the family members used to walk. 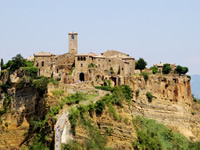 Civita di Bagnoregio – at 28 km – is a hamlet of Bagnoregio, part of the most beautiful villages in Italy, famous for being named “The city that dies” because of its roaring on a spur of clay that over the centuries has eroded drastically, producing the striking profile that is being observed today. 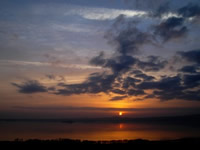 Lago di Bolsena – at 31 km – is a lake formed over 300,000 years ago following the calderic collapse of some volcanoes belonging to the Volsini Mountains chain. It is the largest volcanic lake in Europe. On its banks are the Bolsena, Montefiascone, Marta, Capodimonte, Gradoli, Grotte Di Castro and San Lorenzo Nuovo. 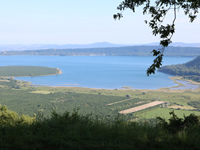 Lago di Vico – at 22 km – is a lake of volcanic origin. It boasts the highest altitude among the great Italian lakes with its 507 m above sea level. For its peculiar natural features, the Vicano area is included among the areas of great naturalistic value in Italy. On its banks are the villages of Caprarola and Ronciglione.